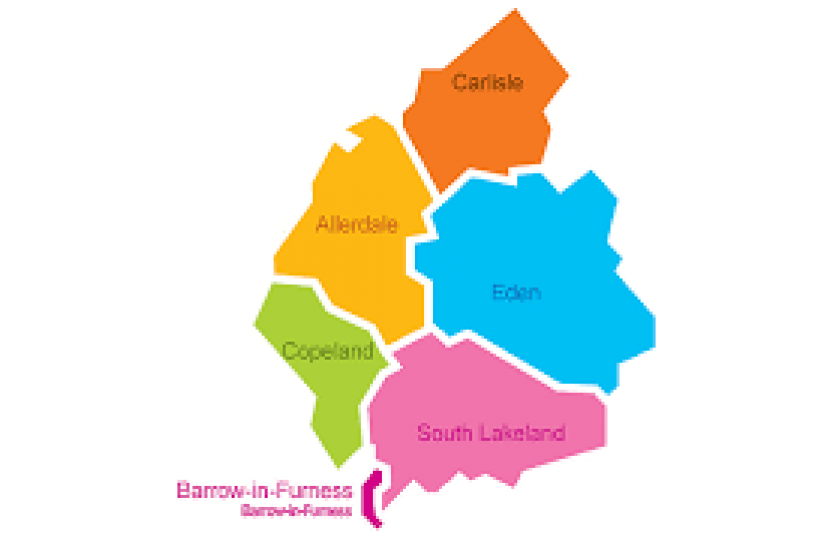 Conservative Councillors across Cumbria have finally secured the chance to see real reform of the duplication of Councils and Councillors across the County. Cumbria is currently served by
seven major Councils with 368 Councillors across two tiers for a population of just over 500,000 people. Proposals for reform of local government have been received by the Government and a consultation is underway to ask residents for their opinion on how a single tier authority can best serve our needs. Tom Harvey, Leader of the Conservative group at South Lakeland District Council said “While this may seem to be a case of turkeys voting for Christmas, this is absolutely the right thing to do. My colleagues and I have been strong advocates of reform for many years, despite resistance from some who have been a little more self-interested. This will finally improve local government and service delivery, whilst giving greater value for money and providing stronger strategic and local leadership.”

Have your say here https://bit.ly/3d0Uqca

The Prime Minister's statement on the death of His Royal Highness The Prince Philip, Duke of Edinburgh