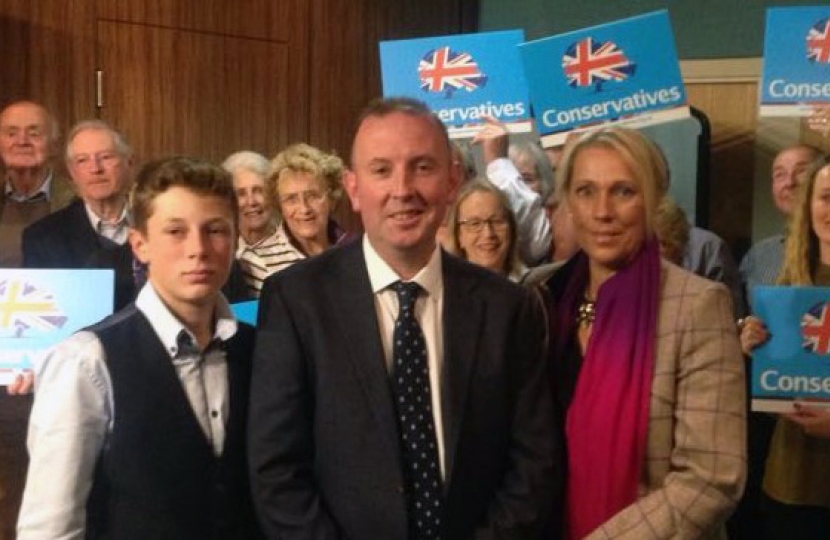 James Airey has been re-selected as the Conservative’s prospective parliamentary candidate for the Westmorland and Lonsdale seat at the next General Election.

At last year’s General Election, James slashed the sitting Liberal Democrat MPs’ majority from 8,949 to 777 (seven hundred and seventy-seven) and his re-selection is a ringing endorsement of his hard work and lifelong commitment to Westmorland and Lonsdale.

He was chosen by members of the Westmorland and Lonsdale Conservative Association at a selection meeting in Kendal this evening (Tuesday 28 August).

James was born at Helme Chase in Kendal, went to Queen Elizabeth School in Kirkby Lonsdale, and has built a twin career as a local farmer and politician. He lives in South Lakeland with his wife Caroline, who is a postwoman, and their son Owen.

Councillor James Airey, who is the Conservative group leader on Cumbria County Council, said: “It’s an honour to be selected again as the prospective parliamentary candidate for Westmorland and Lonsdale.

“We need better representation for better jobs prosperity, investment and services for our area. That means a new approach which puts people before politics and makes sure our voice is heard when the decisions affecting our area are taken.”

“His re-selection means local voters at the next election will have the chance to elect a strong local champion who will be in there, fighting for us, when the big decisions affecting our area are taken, not simply shouting from the side-lines.”