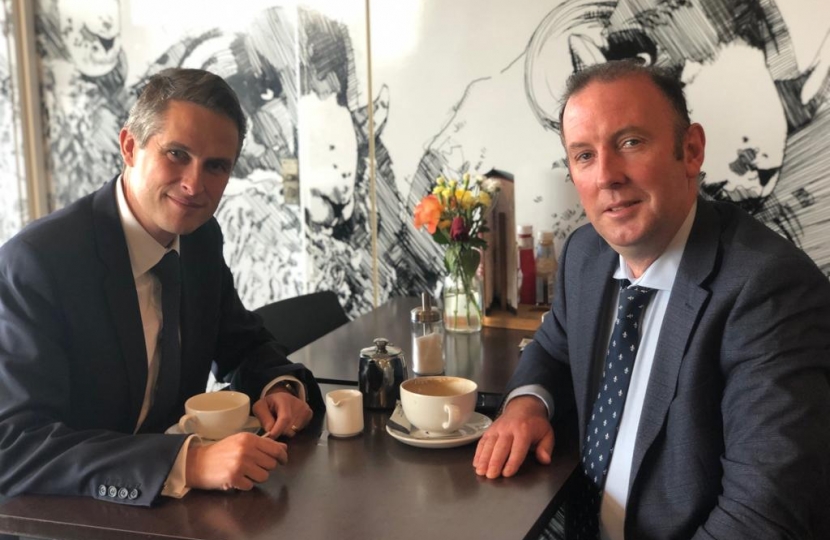 Councillor James Airey, the Conservative parliamentary candidate for Westmorland and Lonsdale has welcomed the Education Secretary, Gavin Williamson MP on a visit to South Lakeland today to talk about increased investment in schools and colleges.

The Government has recently announced an extra £700 million for children with Special Educational Needs and Disabilities (SEND), so youngsters can access the education that is right for them, and £400 million in additional funding for further education and sixth form colleges to help young people get the skills they need to get well-paid jobs after leaving.

Councillor James Airey said: “I invited the Education Secretary to visit Westmorland as soon as he was appointed to the role.

“The extra funding for schools and colleges is extremely welcome and I’m particularly pleased with the new investment in for children with Special Educational Needs and Disabilities as this is something I have previously been pushing for with the Minister.”

“During our meeting today, we also talked about the importance of vocational education and making sure everyone has the right education and the right skills to succeed.”

Education Secretary, Gavin Williamson MP, said: “James Airey got in touch with me as soon as I took on the role to push for extra funding for Schools in Cumbria, which I’m delighted to say we’ve been able to deliver - with real terms increases for every school next year and a massive levelling up for schools that have been under-served for many years.

“I’m particularly proud that we’ve been able to increase Special Needs funding by 11 per cent, £700m, in the first year alone of our three-year package for education.”