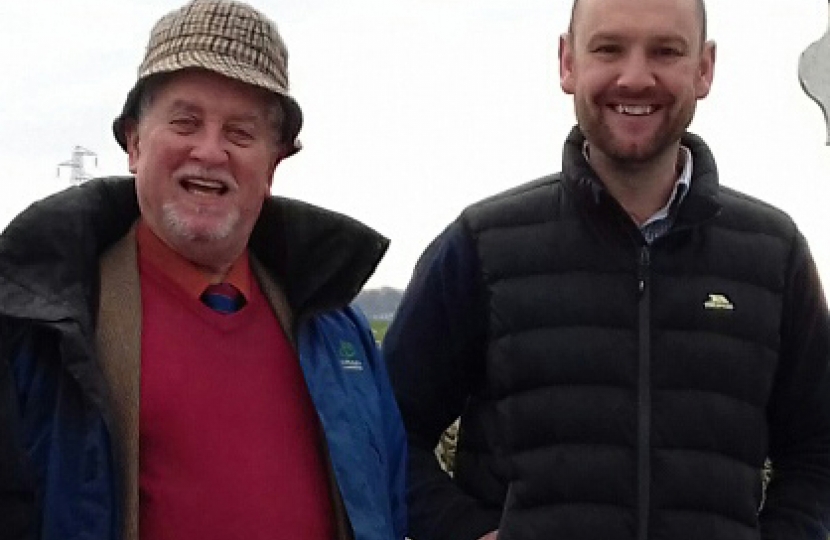 A South Lakes local government veteran has spoken about being diagnosed with bowel cancer last year.

Councillor Roger Bingham said: “The care I received was second to none and, touch wood, I am now clear of cancer.

“I experienced relatively mild symptoms and was referred for tests after going to see my GP. After receiving my diagnosis, it was a shock nonetheless.

“I underwent surgery in Lancaster within four weeks of a receiving my diagnosis. I was in hospital for 20-days and am now having six monthly examinations at the Westmorland General hospital where the care and sensitivity for the dignity of the patient is exemplary. My message to anyone experiencing symptoms is: go to see your GP.

“I’m pleased to say that I am back to my old self and am back on the campaign trail for my councillor colleague Tom Harvey who is standing for re-election in the District elections on 2nd May.”

Councillor Tom Harvey, said: “Roger is the longest serving councillor on South Lakeland District Council and is held in huge regard by everyone. His recovery has been amazing and he has not lost a step when we’re out campaigning.”

The NHS website provides information on the symptoms of bowel cancer which can be accessed here.