James is the Leader of the Conservative Group at the County Council and represents Ulverston West. He is also the South Lakeland District Councillor for Furness Peninsula. He lives at 5 Reeds Gardens, Little Urswick, Ulverston, LA12 0US.  Contact him at james.airey@cumbria.gov.uk or on 01229 868088 or 07881920810.

2017 was a year of contrasting elements especially weather wise. The extremes of our weather system are becoming even more profound with an abundance of wet weather. We have had many instances of road and property flooding across our County and also in the Grange area.

At a South Lakeland District Council Cabinet meeting today (Wednesday 30 August) Lib Dem Councillors ignored the will of the public and voted through plans to shut the popular New Road car park used by many residents and workers in Kendal.

Passengers on the Lakes Line, between Windermere and Kendal, will enjoy faster and more comfortable journeys ahead of originally scheduled under new plans announced by the Government today (20 July 2017). 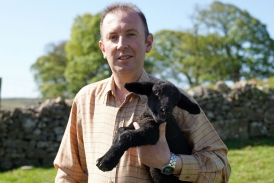 Cumbria Health and Well-Being Board