John Holmes has been a SLDC Councillor for Lyth Valley since 2010 and serves on the Planning, Licencing and Windermere Lake Committees. He was elected Deputy Chair Finance and Treasurer in March 2015.

John had a long and distinguished career in the building industry, including setting up his own business in 1998 until he retired in 2007. At his retirement the company had a turnover of £25m.

Throughout his working life, John was very involved with the National Federation of Building Trades Employers which subsequently became the Building Employers Confederation.

Now living in Crosthwaite, and alongside his work as a Councillor, John has much experience working within the voluntary and community sector including as Vice-Chairman of the Westmorland Damson Association, a Trustee of the Crosthwaite & Lyth Recreation Field Trust, Treasurer of the Crosthwaite Show, a Director/Trustee of the Bendrigg Trust and helping support the local church.

Councillors and campaigners working to reduce deaths on the A590 have welcomed new Government plans to get tough on dangerous drivers, who face increased penalties. 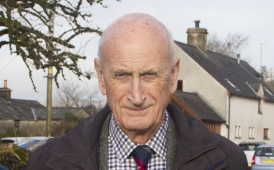